The Brain Team, the 3 parts of our brain

Let’s imagine the following three characters, which exist within each of us, all have to be on board to make change and success a reality… 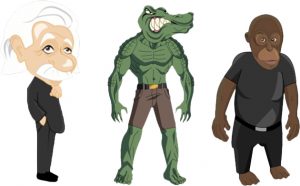 They are the Brain Team

In a series of short articles I will describe the three main parts of the brain and how they affect leading change and, more specifically, leading emotions during a period of change. It is only when our emotions are touched that ideas become reality; otherwise, change is often no more than lip service or a lot of paper and folders and banners hanging on the wall. I will be speaking a lot about the crocodile and the monkey as visualizations of different parts of the brain. It is not my intention to offend anybody; it is just a practical way to clarify what we are dealing with. Based on scientific evidence, I am convinced of the strong influence that older, more animal-like brain parts have on our everyday behaviour. But, more importantly, I believe that the human race has the potential to acknowledge this behaviour and to surmount it in order to realize amazing things in technical as well as in social areas.

The crocodile, the monkey and Einstein

First, let’s have a look at how our brain is constructed and how it functions. It is argued that the human brain consists of three highly interconnected yet quite different parts. The key message here is that in order to get people on board with change you have to get all three parts of their brain on board! We often only address one part of the brain, namely, the rational brain (neocortex). 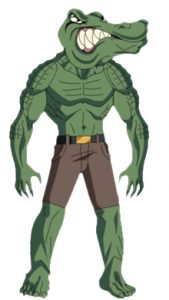 The oldest part of our brain, which is 500 million years old, is the reptilian brain, which we will refer to as the crocodile. The second oldest part, which is 300 million years old, is the emotional brain. We will call this the monkey. Finally, there is our neo-cortex or the rational brain, a spring chicken at only 2.5 million years old. The crocodile is responsible for physical survival. It regulates all of our automatic functions such as blood pressure, heart rate, breathing, etc. When it or its territory is in danger it only has access to limited and rude ways of reacting, namely, the famous flight, fight, freeze or flock response. So, when the change you present threatens the crocodile or its territory, and to be honest all change is threatening to a crocodile, then you will find yourself confronting a room full of gnashing teeth. 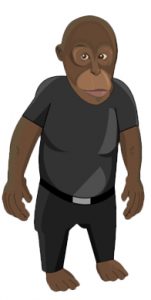 The monkey brain developed when our distant ancestors started to live in groups. You can just imagine the difficulties that arose when a bunch of crocodiles all defending their own survival and territory started living together! To deal with these problems the monkey or paleomammalian brain developed. This part of the brain has access to emotions that can regulate interactions between individuals in order to make survival within a group and of a group possible.

There are two essential dimensions of regulating interactions within a group. The first dimension is order and dominance; who is the boss and what is the pecking order? This dimension determines who can eat and reproduce and in what order. Here, emotions such as anger, aggressiveness and submission play a crucial role. The second dimension is connection; individuals must be connected to tie a group together. Here, feelings of love, affection, sympathy, etc. come into play. Among monkeys grooming is the most explicit behaviour used to establish a connection. Andrew O’Keeffe, author of Hardwired Humans (2011), describes how chatting in groups, typically consisting of three people, is a human version of grooming. When you are next at a reception following a conference or meeting, take a look around, you will see a lot of small groups of people connecting with each other. 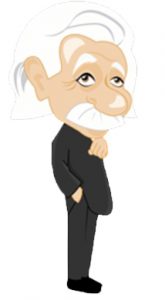 The youngest part of our brain is the neocortex or rational brain. It is responsible for rational (and irrational) thinking, anticipation and predictability, imagination, cause and effect thinking, creativity, and so on. In other words, the rational brain is the part of the brain with the potential to create extraordinary things.

In the next part, I will give an overview of the most important messages each part of the brain needs to get when dealing with change or to follow you as a leader.